If you are searching in a library catalog for archival collections about fashion merchandising or marketing, try using the following terms:

Fashion merchandising (use instead of fashion marketing) 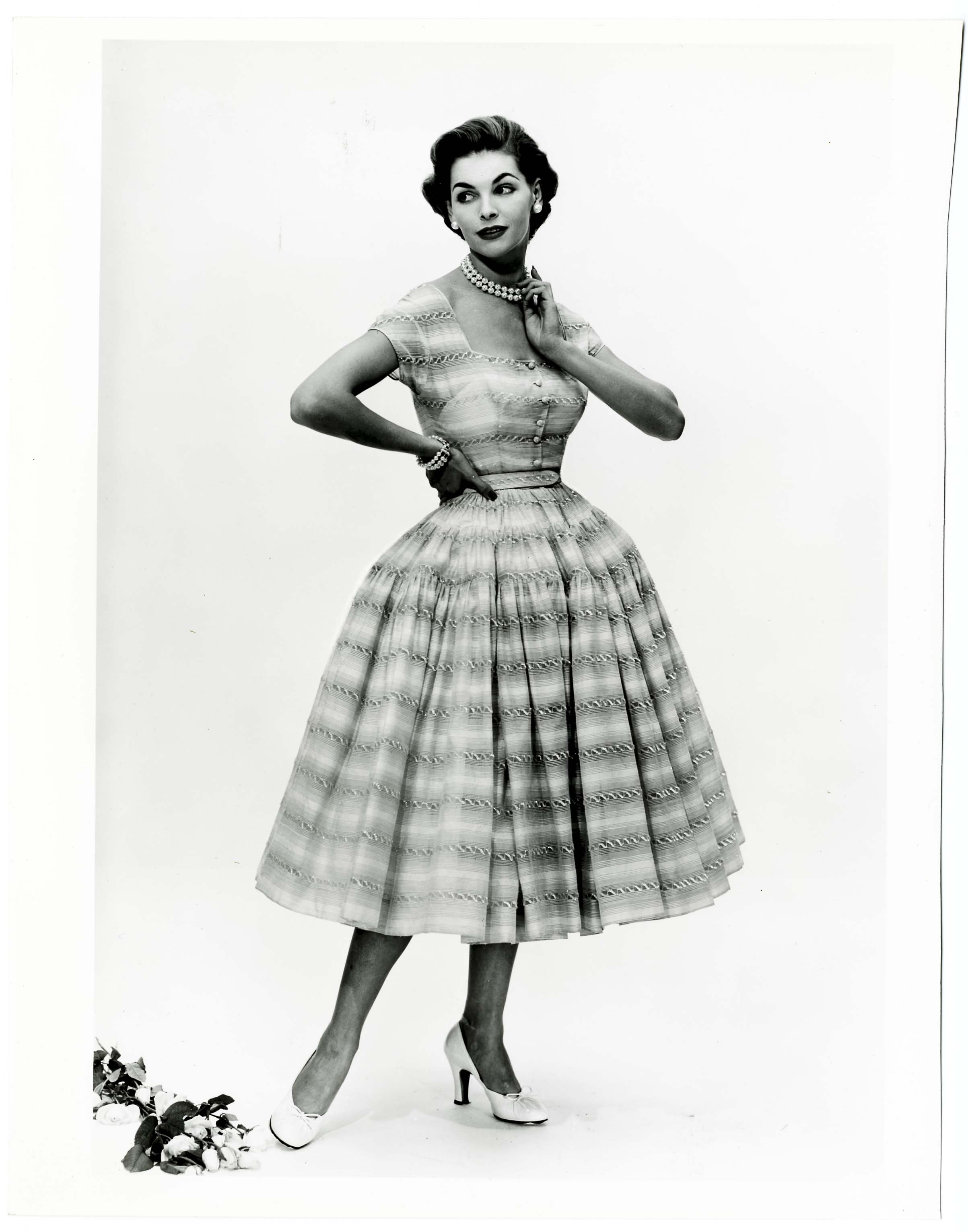 The workbook was used during the Amos Parrish Fashion Merchandising Clinic, held in New York City, January 6-10, 1930. It belonged to Howard Phillips, merchandise manager for the Ernst Kern Department Store, Detroit, Michigan, and has been heavily annotated by Phillips during his week at Parrish's clinic. The Amos Parrish Fashion Merchandising Clinic was offered once and sometimes twice annually from the 1920s through 1955 to forecast the year's trends for the fashion industry.

Dan Arje (1923-1993) was a designer and display director for Bonwit Teller. The collection is primarily comprised of albums containing photographs and news clippings about Arje's displays, as well as correspondence regarding his decorating work for the White House during the Kennedy and Johnson administrations, including the decoration of the White House Christmas tree. Also present are materials Arje collected about Bonwit Teller and Tiffany's designer Gene Moore.

The collection consists of sixty-five publicity photographs for clothing designed by Bonnie Cashin for Philip Sills & Co., circa 1967-1968.

Consists of 19 scrapbooks containing more than 10,000 prints of fashion illustrations produced between 1805 and 1913. The prints primarily depict men's, women's, and children's clothing and accessories, with a small number of images depicting theatrical costumes, architectural and sculptural details, and textile designs. One scrapbook contains swatches of French and Asian textiles. Many of the images were issued originally as portfolio prints, others cut from books and periodicals, such as Graham's Magazine and Godey's Lady's Book and Magazine. The majority of the earlier prints are French.

Saks Fifth Avenue compiled this collection of over 1,000 slides depicting fashion runway shows during the 1990s. The 35 mm slides depict haute couture and ready-to-wear collections from an international array of fashion designers and houses, including Oscar de la Renta, Donna Karan, Issey Miyake, Rifat Ozbek, Max Mara, Yves Saint-Laurent, Versace, and Vivienne Westwood. Dan and Corina Lecca, Chris Moore, and Dino Scrimali are some of the photographers whose work is represented in the collection.

Robert Galster (1923-1991) and Gilbert Ireland (1924-2015) were designers and alumni of Parsons School of Design. Galster worked as freelance illustrator and designer. Ireland designed window displays for Bergdorf Goodman for over forty years. The collection consists primarily of Galster's work and includes examples of his designs for books, album covers, and theater posters. Ireland's work is represented in photographs of the windows he designed. The collection also contains student work by both as well as pieces by other designers including Lloyd Evans and Parsons alumnus Roy Little.

After graduating from Parsons in 1945, Margaret Hodge became director of fashion marketing at Vogue, and in 1967 established her own fashion publicity business. Hodge led multiple marketing campaigns, tying clothing lines to the style and fashion of films. The collection largely consists of examples of promotional material from films, including publicity, set and costume design photographs, press kits, event announcements and tear sheets. The bulk of the material was produced between 1962 and 1976.

The collection is comprised of 75 binders of fashion photographs promoting Saks’ clothing lines, including Sophie Gimbel Originals, ready-to-wear, and custom collections from 1954-1967.  These photographs and reproductions of fashion sketch sheets display the development and progression of Saks designers’ collections.