Images for Designers and Art Researchers 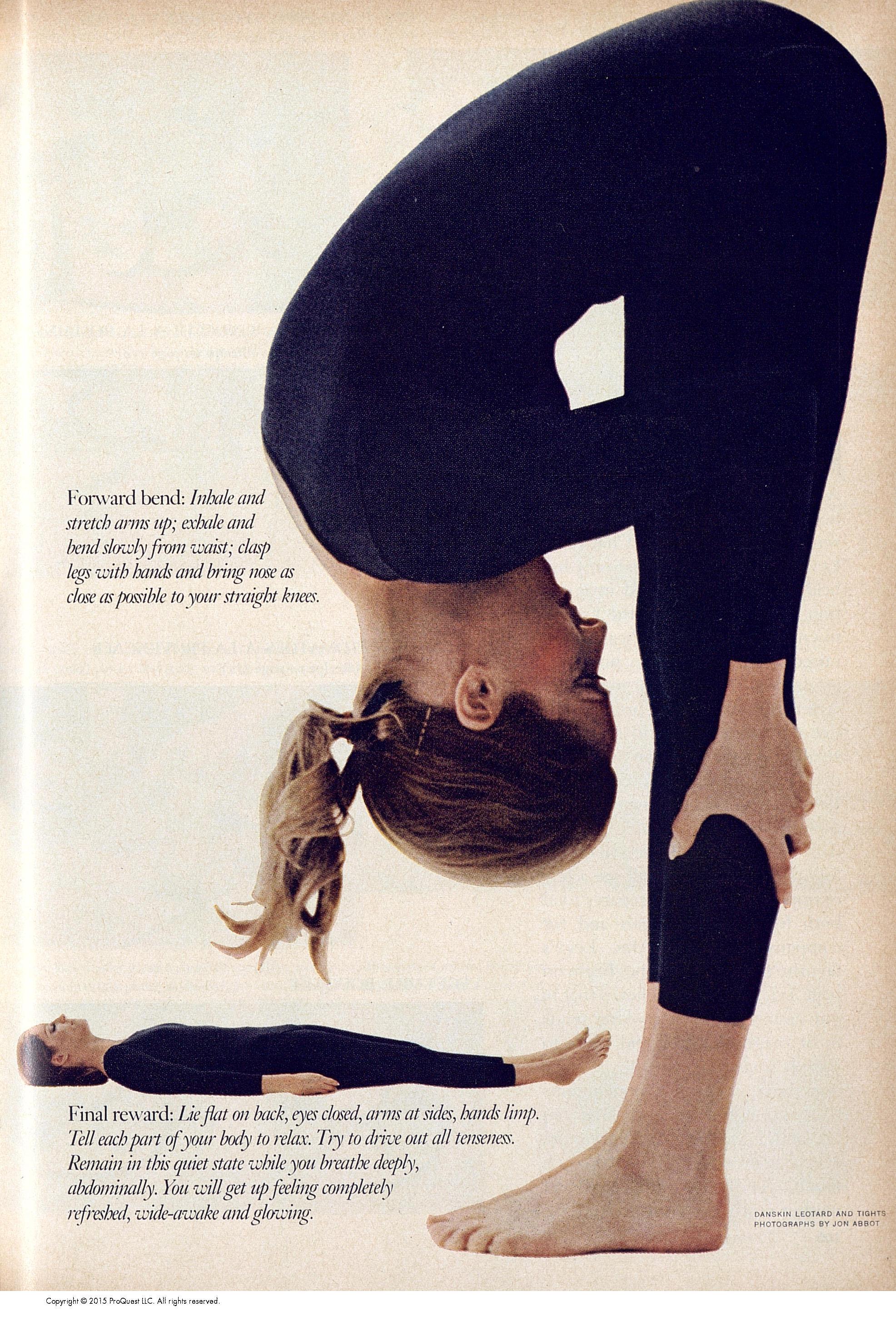 An article on yoga published in Redbook magazine in 1968 demonstrates how yoga was practiced in the United States in the 1960s.

* Note that when an ID number is not included in an image database, the image should be described in detail in order to identify the proper image.

Shen, Miranda. "The cult of the supermodel reached its peak in the early Nineties...Here supermodel Cindy Crawford, clad in a Gianni Versace 'bondage' gown, reports on the MTV Video Music Awards in 1992."  From Worsley, Harriet. Decades of Fashion. Koenemann/Getty Images, 2004: 729.

*Look for a page at the end of the book called "Picture Credits," "Sources of Illustrations," etc.

*Note that although the accession number and URL are provided, the image is also described in order to eliminate any ambiguity.

* If the website includes "date created/modified/updated," include it.  Otherwise, add the date the URL was accessed.

Before using any digital images found online, try to locate and cite the original source.  If this is not possible, try to verify the information describing the image with research or a Google Reverse Image Search.